Get started with SplashKit Audio

This article provides background information you will need to get started with audio in SplashKit. This will introduce you to the file formats supported, along with general information about loading and playing music and sound effects.

Getting Started With Audio

Sounds play until the file ends or until it is manually stopped in your code using Stop Sound Effect or Stop Music. The sound effect or music will play in the background while your program’s code continues to run. 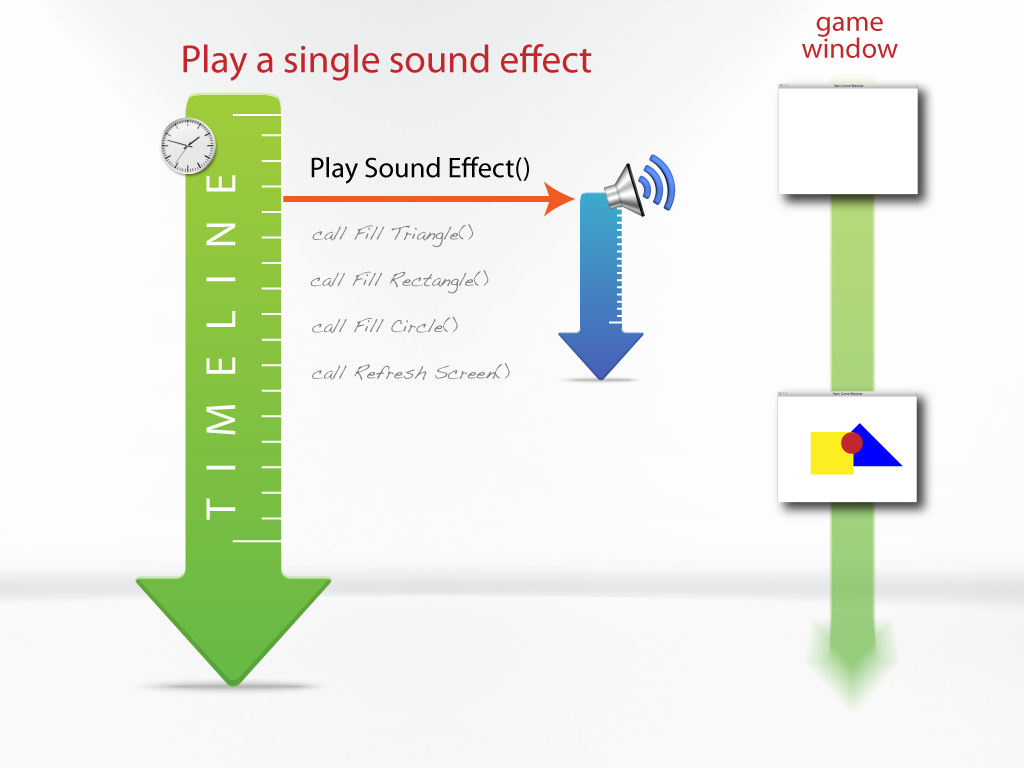 Sound effects should be used for short sounds you play in response to some action or event in your program. These will be loaded into memory before they are played.

Music can be longer, and is usually played constantly while the program runs. Unlike sound effects, music is not loaded in its entirety before it starts playing. Instead the music data is read as it is played.

Multiple sounds can be played at one time using SplashKit, these sounds can be mixed using channels. Each channel can only play one sound effect at a time. So every call to Play Sound Effect will use a channel that is not currently playing any sound. When there are no free channels SplashKit will stop a channel from playing it’s current sound effect and play the new sound effect from the start. 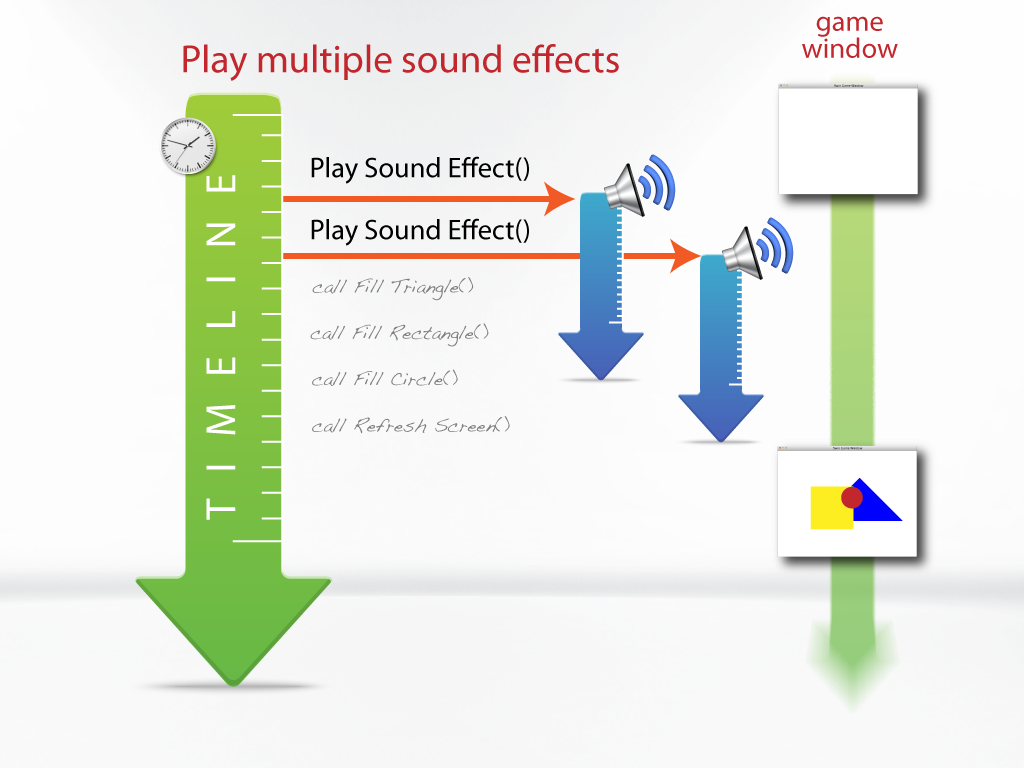 Music is different from sound effects in that music has it’s own reserved channel that only music can be played on. Music, like sound effects will continue to be played until either the music is finished or Stop Music is called.

Since Music has one channel to itself, if you call Play Music when Music is already playing the currently playing Music will be stopped and the new Music will start playing from the beginning. 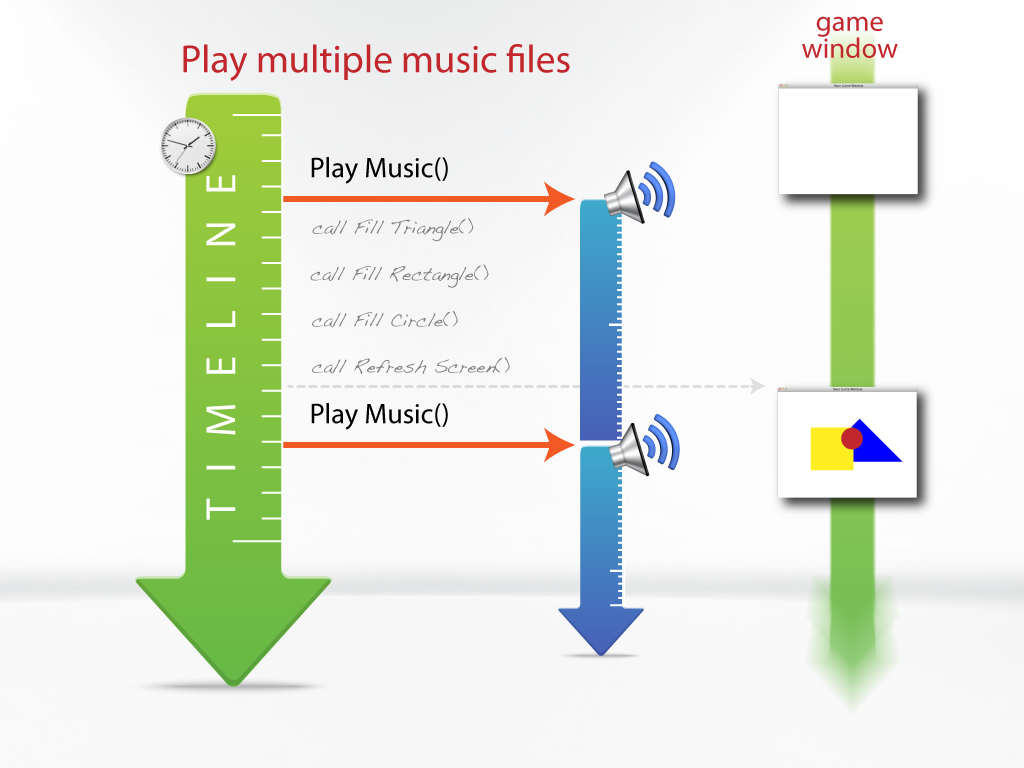 The following program code demonstrates the use of these audio features.